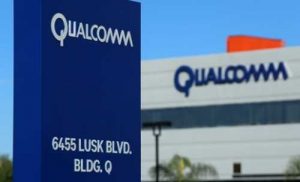 This news has comes from South Korea that Samsung Electronics has received orders from Qualcomm for the next generation application processor which will be named as Qualcomm Snapdragon 865.

South Korea media Theelec reports that Samsung foundry for the Snapdragon 865 will commence at the end of 2019. The chip will be manufactured on the 7nm ultra-violet (EUV) process with the high throughput. This will be the first chip by Samsung for Qualcomm using Samsung 7-nm EUV process. The last time Samsung manufactured a Qualcomm process was Snapdragon 845 which is the 10-nm process. Earlier in April, Samsung reportedly starts the shipping of 7-nm EUV process Exynos APP, which is expected to be used in Samsung upcoming flagship device.

The process Qualcomm Snapdragon 865 will be launch in 2020. Not just Qualcomm but also other companies expected to use Samsung 7-nm including NVIDIA, IBM and others apart of Apple and Huawei. Like the previous one, the next generation processor has to versions. One with 5G chipset and other is the normal one.

Samsung Galaxy M31 is set to Launch Next Week: specifications and price